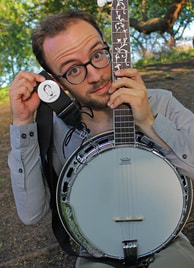 Chaz Hearne is a multi-instrumentalist songwriter based out of Rochester, New York. Ranging from intricate acoustic numbers to over the top anthems, Chaz sings thoughtful melodies with a barely restrained enthusiasm. His most recent collaboration, Chaz & The Dazzlers, is a 5 piece band featuring Nick Lord on guitar, saxaphone, mandolin, and vocals, Reilly Taylor-Cook on bass and vocals, Susanna Rose on vocals, and Cam Hebda on drums and vocals.

In 2019, Chaz & The Dazzlers released Intelligence Is Rising; an optimistic mantra inspired by a trip visiting different national parks. NYS Music called it "an instant classic you’ll want to add to your playlist for your next back-to-nature road trip, or for anytime you need a breath of fresh air in your life" while Rochester City Newspaper described it as "directly descended from the atmospheric chamber pop, psychedelic, reverb-drenched indie rock, and neo-folk revival of the last 20 years."  In early 2020 Chaz & The Dazzlers released the single Canopus, inspired by the comic book of the same name by Dave Chisholm.

Getting his start in Chicago, Chaz has been featured in Sofar Chicago and Sofar Indianapolis videos and his music appears on the international video blog Sailing La Vagabonde. While in Chicago, Chaz released three albums including 2015’s The Legend of Core Dynamo (a politically themed concept album), The One Year EP (an album with cellist/vocalist Alex Gilewicz that celebrates folk music in all its forms), and Rise of the Voluminous (a sequel to Core Dynamo).